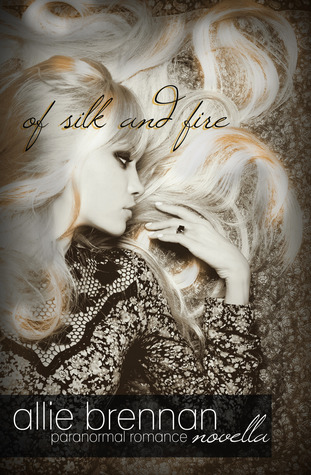 Ella Olsen awakens starved to death and dirty on a moving train car.

She has no memories of how or when she got there.

Something is locked within her mind, a past full of pain.

There is a boy who can read her thoughts.

As Ella struggles to regain her strength and understand this world around her, the more she tried to remember who she is. Her memories were forgotten for a reason, could remembering ruin everything in her present?

This book really isn’t a book; it’s a novella, which Brennan states. However, I felt there was a lot lacking. It was over before it got anywhere and was riddled with clichés.

Nevertheless, there was some promise. Every couple of sentences I would find a glimpse of writing prose that sucked me into the story. I enjoyed the opening of the piece and Ella as a character. The world Brennan created with this short story could have gone places.

If you’re looking for a quick romantic mystery, this is perfect for a bus/train journey. It has enough to hold your attention and it ends before you’re too involved. It’ll make you think (either good or bad). Although I give props for the cover, I am such a sucker for a good cover. Bottom line, this is one of the better self published books I’ve read but I’m still looking for another as good as Angelfall (which has been freshly published in the UK this month!) 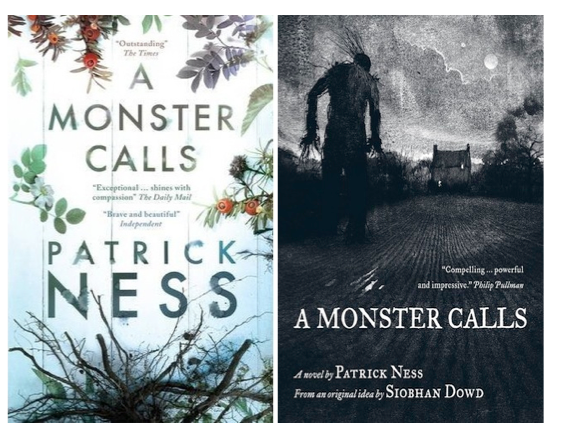 “The monster showed up at just after midnight. As they do.”

Thus begins the emotional story of 13-year-old Conor, who struggles to come to terms with his mother’s illness in England. This work of art is blended beautifully with the realistic story that no child should ever endure. Conor’s harsh reality includes everything a present day child can face. A father who remarries in America, a cold grandmother and bullies at school along with facing how terminal cancer affects his mother.

Written for a slighter younger audience this book transcends age limits. The monster, a creature comes to Conor in the form of a Yew tree is evil, scary and has a sense of humour. Telling Conor three tales, the monster will force Conor to see the truth that he’s been avoiding.

The late Siobhan Dowd, who unfortunately passed away before the story was finished but Ness has done an outstanding job, inspired this story. The result is a piece of work that anyone can relate to.

Crafted with amazing illustrations of shadow and shapes A Monster Calls is an important book to be on everyone’s bookshelf.

Logan has done the impossible: He’s refused his Mark procedure and escaped the facility with a rumour of where his missing sister might be held. Now on the run, Logan attempts to make his way to Acheron, a place that goes bump in the dark. It’s told to be a place that holds everyone that didn’t come back from his or her Mark procedure. No one knows where Acheron is, or if it even exists, but Logan will do anything if it means finding Lily.

Meanwhile, The Dust is on the move, travelling through an underground system for the Markless, they risk discovery and capture to continue their fight against the Government. However, there’s more to the Mark than any of them realise. There’s a secret the Government is keeping that is so big it has the possibility to destroy all that it has created. The holder of this secret is at Acheron

Sneak is at a faster pace than the debut novel, Swipe. I found it much more engaging and as the Government’s practices and how they run the world is further explained, I fell deeper into this world with renewed interested. The book follows along the same lines with it’s characters, making it perfect follow up for it’s reader base.

I was surprised to learn that this series is actually Christian Fiction. I didn’t find any evidence of this in the first book but it’s been made clearly in the second. It’s not overpowering and it certainly doesn’t take away anything from the book. It’s a low undertone that if anything, has made me really curious to check out the third book once it gets published. If you’re eager to get back to Angler’s world, he doesn’t disappoint.

I’ve received this book for free from Netgalley for an honest review. Many thanks to Netgalley and the lovely publisher Thomas Nelson for providing me with this book! 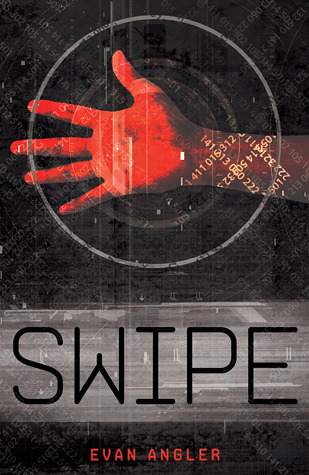 Logan Langly is twelve years old living in the small town of Spokie, a part of New Chicago. Soon he will receive his Mark allowing him to get a job, ride public transport and buy things. It’s a right of passage, the right of pledging to become a full citizen of American Union. Everyone is excited to get his or her Mark this year, everyone that is except for Logan.

Five years before, Logan’s sister Lily went for her Mark but never returned. Ever since that tragic day Logan has been convinced he’s being watched, hunted with no idea why. When he goes for his Mark, he’s sure to come back isn’t he? The bumps in the night sing a different tune and Logan will have to make up his mind what to believe in before his 13th birthday and time is running out.

I was surprised and unaware that this book was written for the middle school range. It took me a while to remember my books of my youth such as Animorphs and Goosebumps to get my head around this kind of story. It’s a bit younger than what I like but once I was able to get into the right age frame I grew to enjoy the book and was impressed with the effective story telling.

Swipe is more than just a story of a missing sister, there is so much more to this new North American world. The aspect of politics is slowly introduced and the struggles of family life because of survival make this a darker read than I expected. The characters are full of life and each has a clear and consistent voice. Most of the characters are male as well and although ‘romance’ is slightly present it doesn’t distract from the real heart of the story: reuniting a family. An excellent book for boys who don’t like to read, I’d suggest Angler’s series to anyone who has a tween-aged reader.