The mascots have left London and unfortunately I wasn’t able to find more. Due to lack of funds and running out of time I wasn’t able to find as many as I wanted. It happens. One’s priorities change and a focus on the important direction of one’s life is hard to distinguish. Here’s the final photos of the Olympic statues I was able to find! 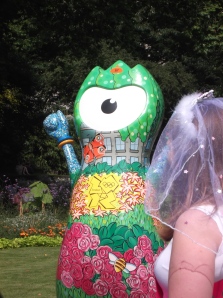 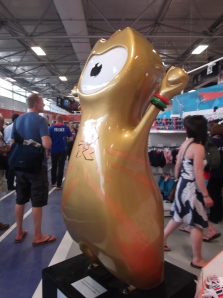 Mandeville from the Olympic Park

Wenlock from the Olympic Park

And that’s all she saw folks!