There is a fantastically outrageous article written by Abigail Sullivan Moore of The New York Times about consultants paid to ‘pledge prep’* young women for sorority formal recruitment.

The article is rich with quotes from these ‘consultants’ and just what they teach impressionable young women:

“Ms. von Sperling offers a Friday-to-Sunday intensive, for $8,000. One day is devoted to carrying yourself properly and the art of conversation. Treat rush, she says, as you would a job interview. Avoid politics and religion. “I teach them how to make interesting small talk: what you saw at the cinema, a trip to Europe. I don’t know too many 20-year-olds who are having a debate about economics.”

Aren’t we past this?

There’s also Rushbiddies, a mother team that not only focuses on the mother herself working to make impressions for her daughter, but also instilling the trait that bribery is acceptable:

“With the help of Ms. Foster and Ms. Grant, who wears a pink feather boa during workshops, Mrs. King asked alumnae of about 10 chapters, several from U.Va., to write her daughter’s recommendations. To guide their plaudits, she sent them packets with a professional photograph, transcript and résumé. To thank them, she dropped off a bottle of rosé in their mailboxes.

The rush proved successful, but, she says, “I’m just glad I didn’t have four daughters.”

Gawker also has an excellent article digesting the NYT piece. Give it a read.

Even when Moore tried to present a consultant that doesn’t entirely teach her customers to be superficial, the fact of the matter is that these girls are being trained to focus on stereotypes themselves.

“Many students who don’t get asked back by their dream sorority during the early rounds walk away from recruitment altogether. Last year at the University of Virginia, 27 percent left during January rush. Students often have their hearts set on a particular house, says Michael J. Citro, the assistant dean of students.

Or a rushee might limit herself to the house her mother belonged to (legacy status is a plus but no guarantee of a bid). Ms. Burciaga encourages her clients to keep an open mind about chapters they visit. “I talk to them about what seems like a good fit for them,” she says.”

I was in a sorority for four years. I remember that pressure. I wasn’t chosen by my first choice, but I joined the right choice for me.

Phired Up Productions, an ‘educational firm’ also released an article with their reaction to ‘Pledge Prep’. It’s just as bad because it provides unrealistic expectations. ‘Oh hey, this is negative but that’s not what were about!’

The reality is that on certain college campuses fall recruitment can be one’s worst nightmare, whilst on others there’s a space for everyone. With the state of the current economy it’s almost an allegory for life.

The last thing I have to say is that Moore implies that these girls have to pretend to be someone else in order to get accepted. For the ‘real’ sorority experience, you should never be ashamed of who you are. That’s not the way to find ‘the right fit’. Who cares if one sorority doesn’t have the best reputation? If you fit in and like them, and they like you – join and change their stereotype! Sororities go through life cycles. Your mother’s chapter isn’t going to be the same as it is for you. Unless it’s in the South – just kidding! No, I’m actually not. 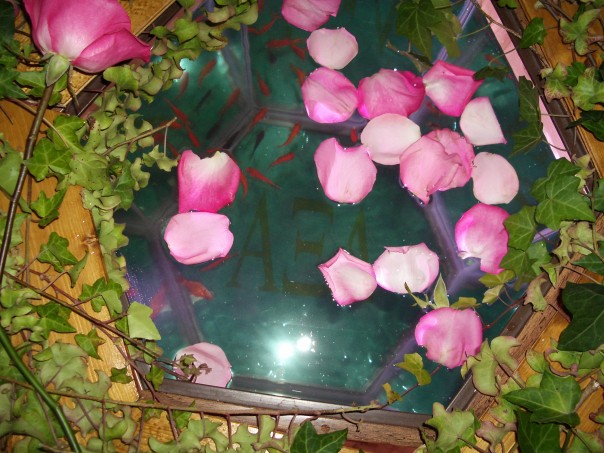 *Please note that true sorority women use the correct terminology. You cannot ‘prep’ a pledge. A young woman that is a sorority ‘pledge’ means she has already received an official bid invitation to join a sorority. The correct term should be ‘potential new member prep’ or ‘recruitment prep’. Please see the Huffington Post College article that made errors and yours truly got them to issue a correction.