I’m such a royalist. Red, white and blue everywhere. We don’t having anything that resembles bunting in America. Union Jack’s flapping in the breeze has been such a cheery sight for the past couple of weeks.

There’s nothing I can compare. As a Washingtonian, coming from the 42nd state admitted to the Union in 1889 (what do we know of age and history?), celebrating the Queen’s 60th year on the throne was important to me. 60 years is half of how old my state is! Well done Queenie! 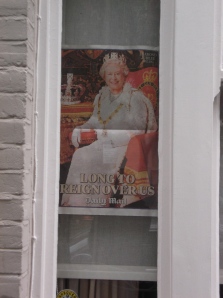 I think it’s also the pride felt throughout the country. Pride at being English, pride at their sense of tradition, the pride I wish I could be apart of. Last year I braved the crowd alone to wave my flag and cheer for Wills and Kate. The warmth of the people banished away the April London Chill. Circumstances this year prevented me from joining the masses for the Diamond Jubilee Flotilla – a massive parade of boats along the Thames. It was almost more fun watching it on TV, although my flatmate and I did venture to the park only to find everyone had already rushed home due to the heavy rain. 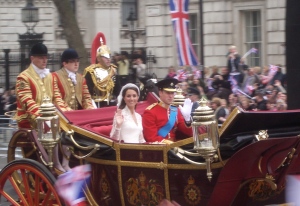 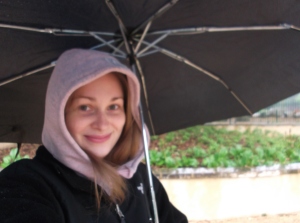 I went to a party on Monday – proper English with spot on food, decorations and even paper masks of the royals. It was an absolute splendid time. I made lemon squares to add to the flavour. 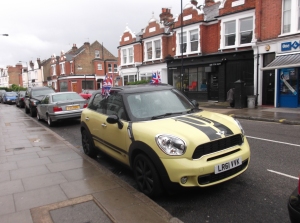 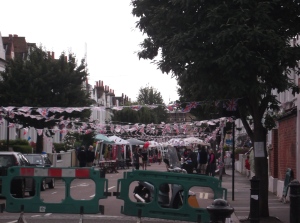 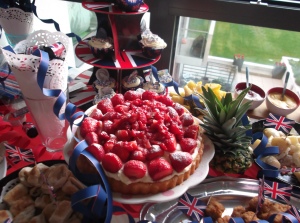 It’s an astounding time to be living in London. How I hope to continue my life here, become established in a career, settle. I can’t complain that I’ve been given some of the best years to be living in this amazing city. The royal wedding, Queen’s Diamond Jubilee, and the 2012 Olympics, all I get to (or have already taken) part in. Three years. Moments in history that won’t ever be repeated. They’ve directly become part of my life. I’m incredibly thankful.

God save the Queen! Long may she reign!