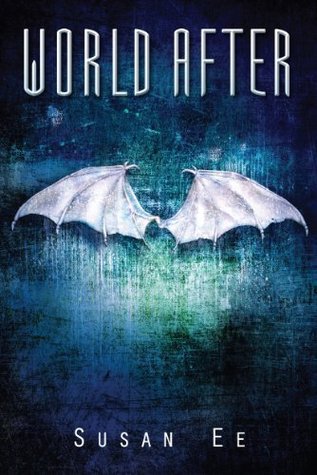 *Please note, my reviews may contain spoilers as this is the second in a series. Check out my review of the first book Angelfall here.

Penryn has returned. Paige has been found. Both of them are not as they were before.

Paige is now a monster, a former shadow of the frail younger sister she used to be. Her skin has been restitched all over her face and her teeth are filed points of danger. She won’t eat, can barley speak and still remains somehow frail despite her transformation. Just as Penryn makes a bit of progress, Paige is gone yet again.

The angels are getting stronger. As Penryn hunts for Paige she tries to push all thoughts of Raffe away. She carries his sword and his enemies lurk nearby, making her attempt impossible. As she tries to help a group of struggling people the angels swoop in on their trap.

Now they are en route to Alcatraz, where the horrors of the past are mere children’s stories compared to what has been awakened on the island. As the days get darker and the world seems at its end, it’s up to Penryn to continue to fight for her family and the lucky humans that get caught in her path.

I do have to admit that there is a bit more romance in this second book than in the debut. I love the idea of angels being horrible, these saviours turned assassins. The romance bit is the only thing that rubs me the wrong way. I feel it cheats a bit of Penryn’s character. The star crossed lovers – it’s all a bit cliched for my taste.

However, the romance isn’t a dominating bit. What I loved about this continuation to the series is how gross it got. I mean, I was a bit ill reading some of the chapters! The truth of the angels intentions were so nightmarish. The imagery kept me up at night. This is dystopian behind the curtain. One’s imagination couldn’t get any worse and Ee stays true to her vision of this new world. It’s amazing. Horrify, but you can’t stop reading because you want to know just how bad it’s going to get.

There’s still one more book on the way. I have a feeling it’s going to get a whole worse. I can’t wait.