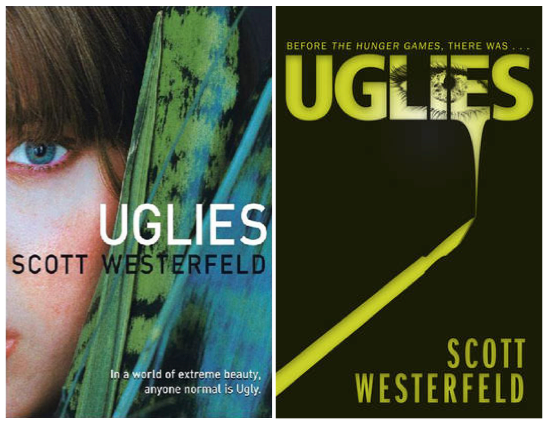 “Tally Youngblood is about to turn sixteen, and she can’t wait for the operation that turns everyone from a repellent ugly into a stunningly attractive pretty and catapults you into a high-tech paradise where your only job is to party. But new friend Shay would rather hoverboard to “the Smoke” and be free. Tally learns about a whole new side of the pretty world and it isn’t very pretty. The “Special Circumstances” authority Dr Cable offers Tally the worst choice she can imagine: find her friend and turn her in, or never turn pretty at all. The choice Tally makes changes her world forever.”

What I see: I know this series has been around for a while and I’ve wanted to read it for ages. It. Did. Not. Disappoint! The tone, the language, the idea is so forceful that the reader instantly believes Tally’s way of life. I loved it. From the first chapter you dive in and hang on page after page! Fun fact: It’s set in futuristic Seattle! What?!

It’s fast paced, different and engaging. However, there is so much more than just this idea of ‘being pretty’. I feel there’s a lot of depth to this superficial idea of making everyone pretty, although I’m aware this is not an original idea, but it’s well written and I have high hopes for this series.

The only downfall? The romance bit, (of course). It’s calculated, a bit clunky and expected, but does it help the book sell? Probably. That doesn’t mean I have to like it. Everything else is brilliant though. I really want to see what a ‘pretty’ looks like too. I get the feeling they’re kind of like Brats dolls.